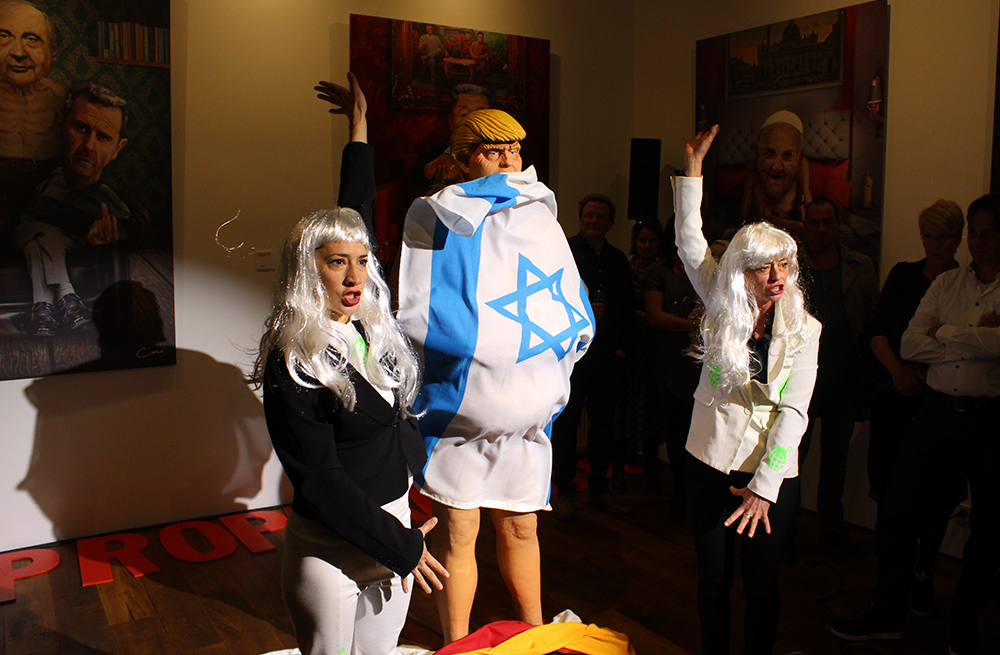 Amsterdam has gained a new Art Space for contemporary art with a socio-political message; Power of Art House. Provocative, alienating and bold.

Amsterdam has gained a new Art Space for contemporary art with a socio-political message; Power of Art House. Provocative, alienating and bold. Power of Art House opened its doors on 1st October 2018 at Entrepotdok 26 in Amsterdam (The Netherlands) with the colourful exposition ‘It’s all about Power’, starring remarkable world leaders. Three international rebellious artists reflect on the relationship between power and counterforce: CSAR (the Netherlands), Antuan Rodriguez (Cuba/United States) and INDECLINE (United States). 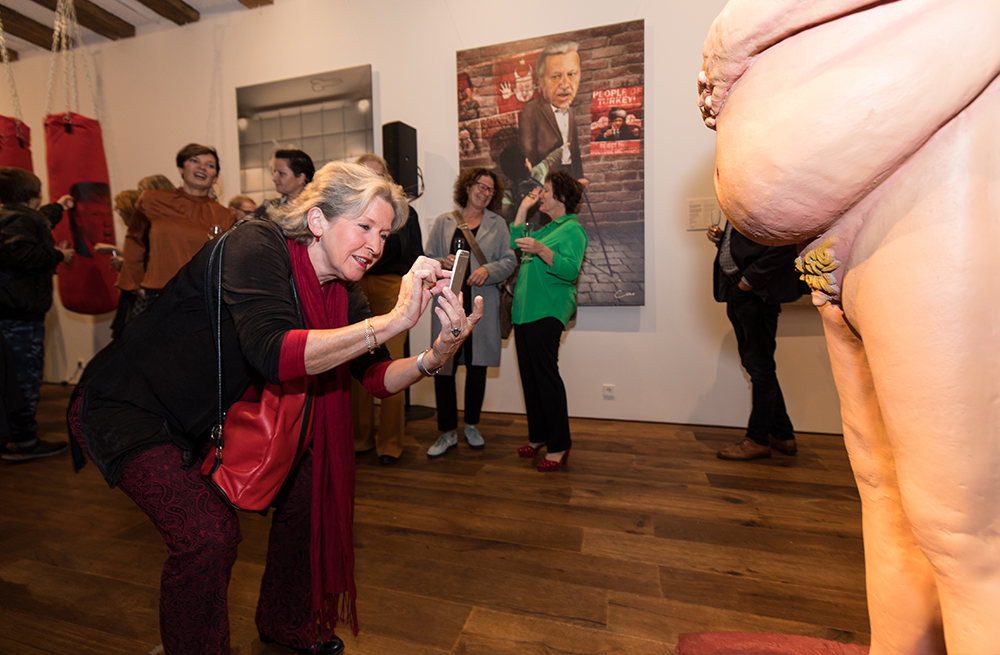 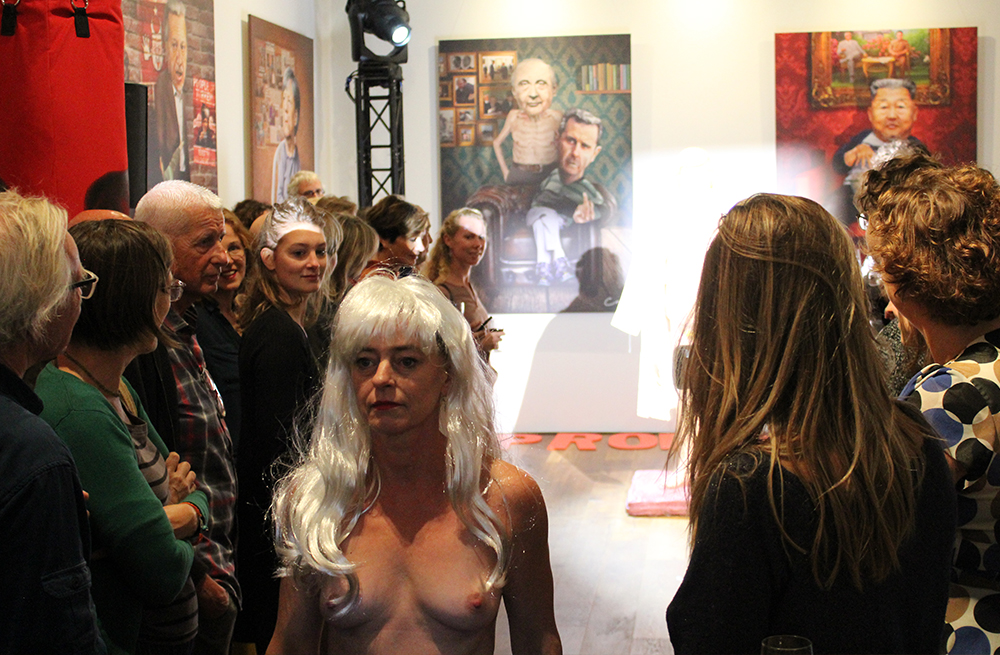 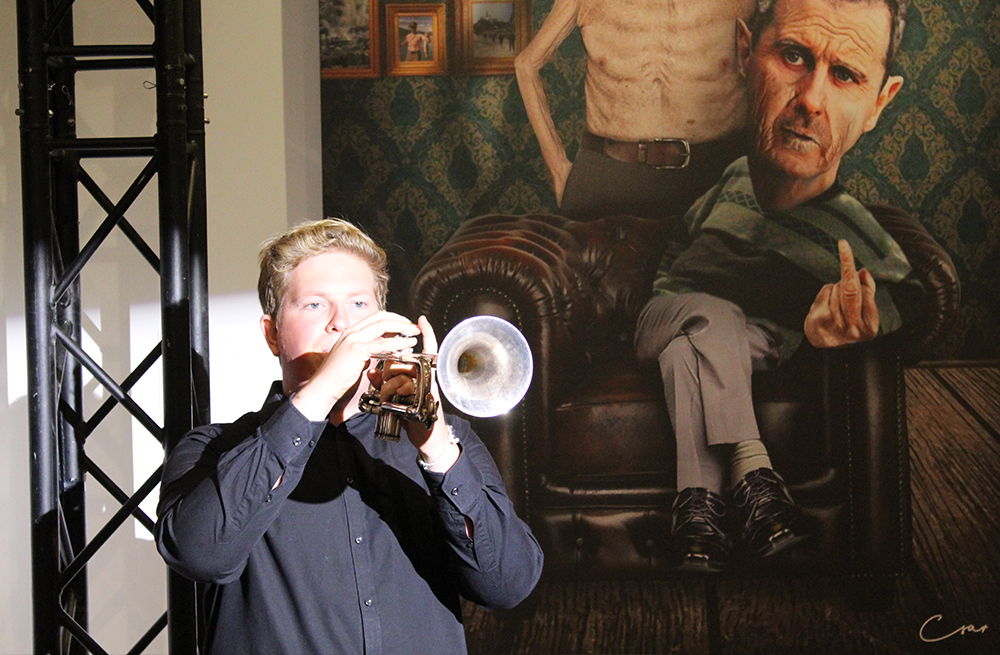 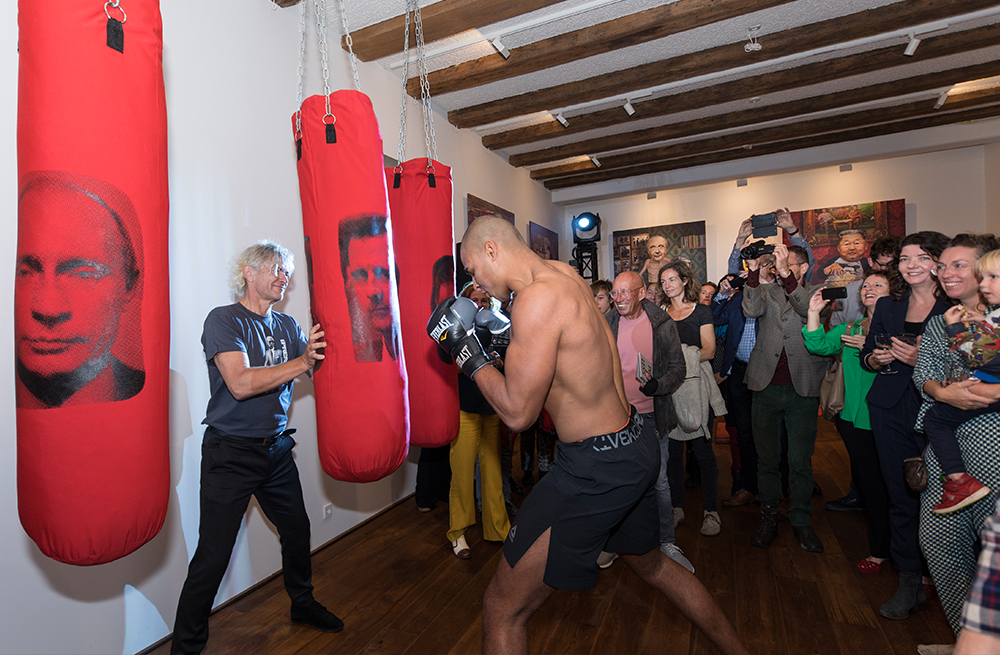 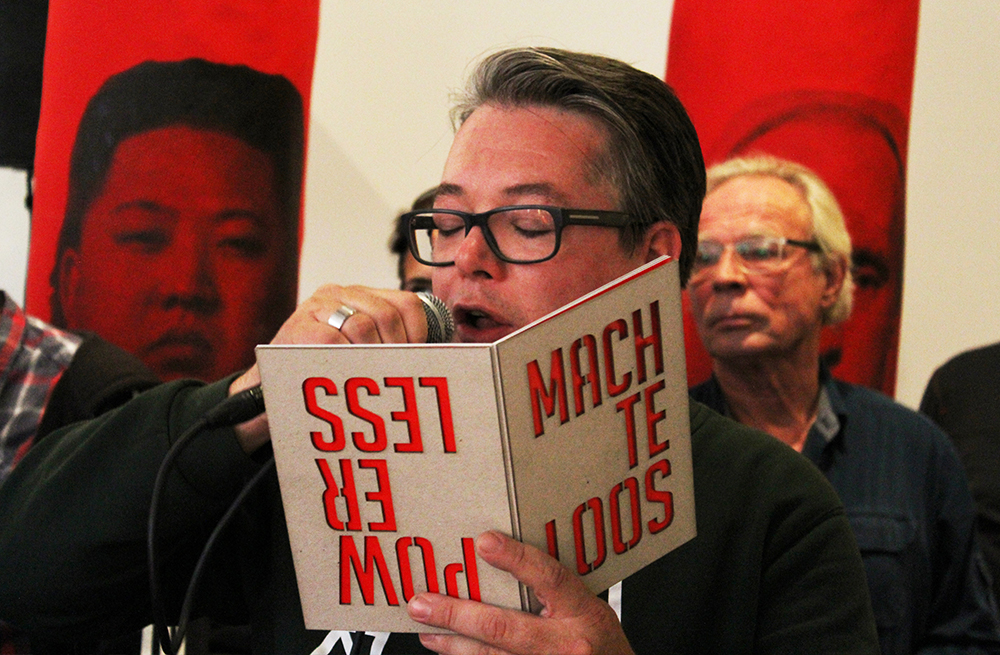 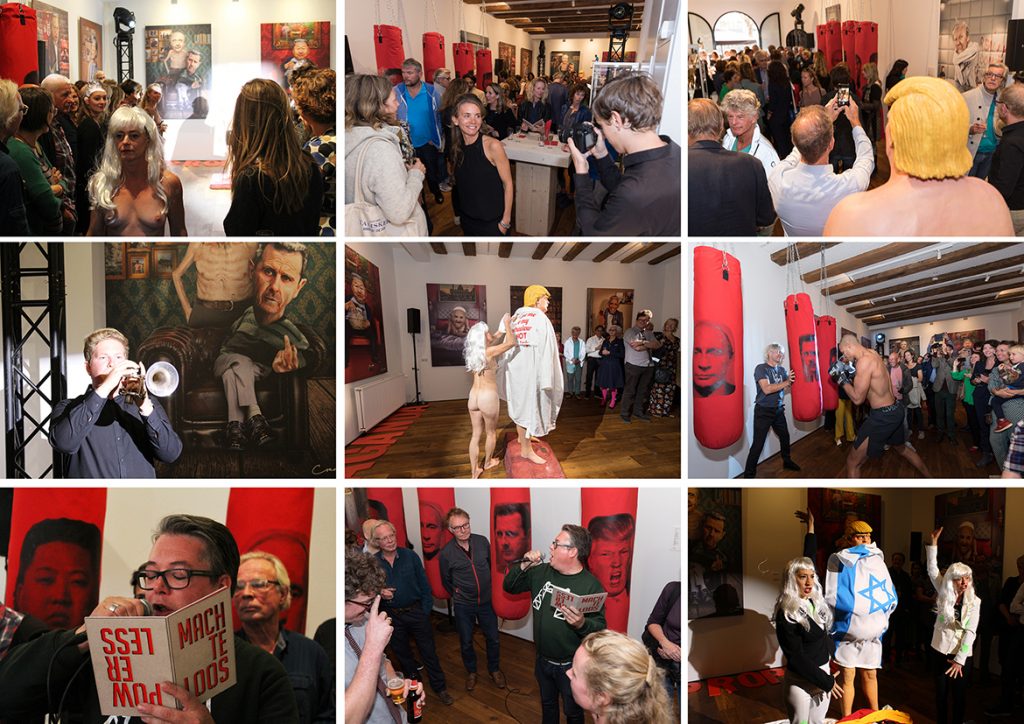 The razor sharp portrait series Powerless by anonymous artist CSAR shows leaders such as Putin, Assad, the Pope and Zuckerberg reflecting on their lives twenty years from now, showing personal frustrations, traumas and despair. Who are these people if they are no longer in power? The art work investigates the thin line between having power and being powerless. The portraits are accompanied by short satirical stories written by Jeroen Teitler.

Antuan Rodriguez presents the interactive installation Left or Right, in which the audience can express its emotions through boxing. It is like a healing project. This interactive installation depicts different world leaders and tyrants, and allow the spectator, through the punching of the ags, to release anger, hatred, and resentment. This release of negative emotions transforms these objects into tools of detoxification and mental healing. 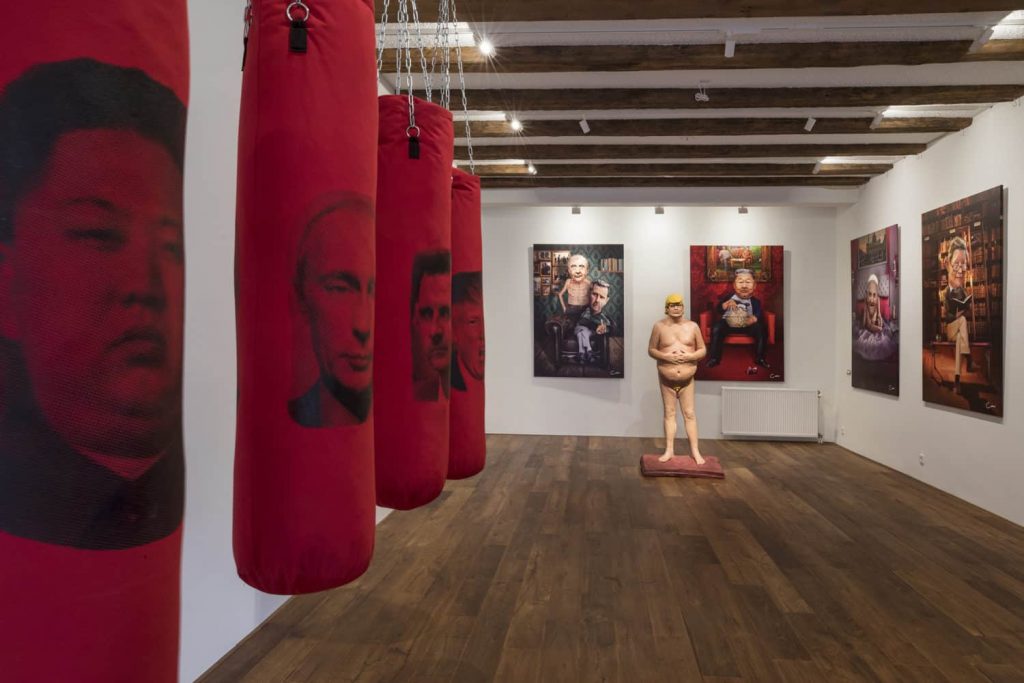 The Emperor Has No Balls by activist art collective INDECLINE shows a provocative sculpture of a stark naked Donald Trump. The statue caused a lot of controversy in the US. Five statues were installed in Cleveland, Los Angeles, New York, San Francisco, and Seattle in 2016. 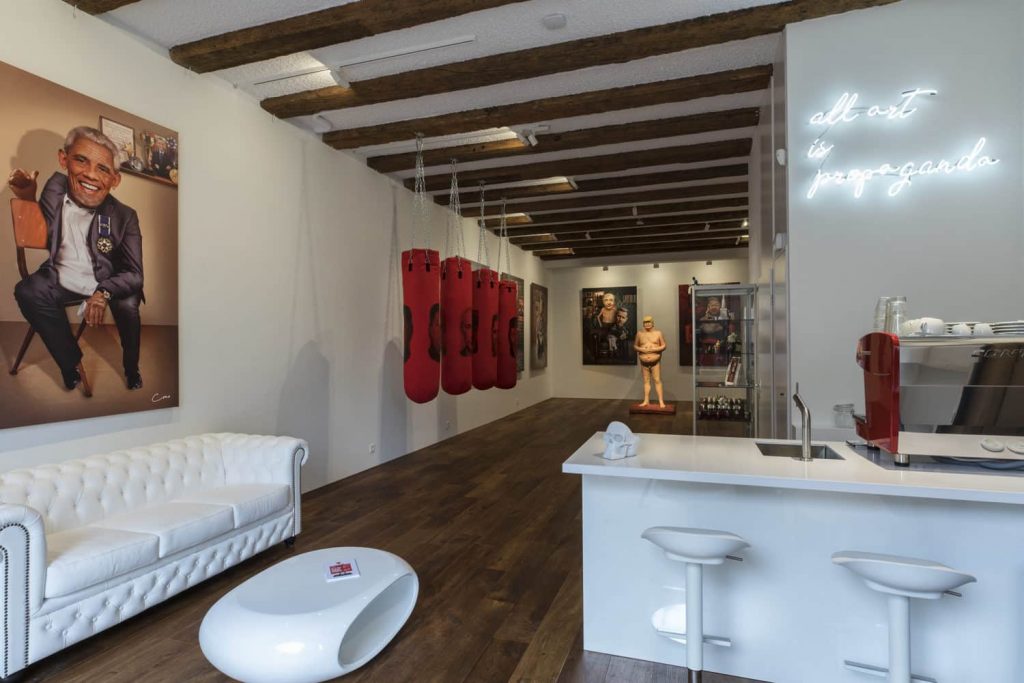 Platform for Art and Social Engagement
Opening its own Art Space, Power of Art House expands its activities and lets art play an even more prominent role. Art and Social Engagement will blend here. The well-designed exposition space at the Entrepotdok in Amsterdam has a beautiful height and is located in a former, historic warehouse complex, at walking distance from the Hortus and Artis. The Art Space will present surprising and sometimes uncomfortable expositions with intriguing work form (inter)national, socially engaged artists about social and political themes.

More about the exhibition ‘It’s all about Power’